by | February 28, 2020
Libera instrument will help researchers study the radiation budget at the top of the Earth’s atmosphere. | Short Read 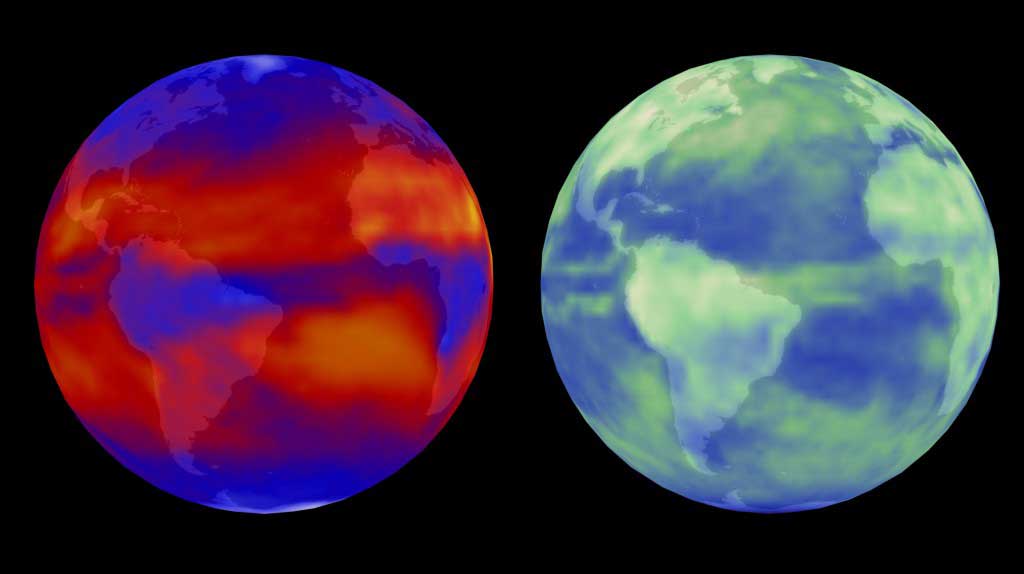 On Feb 26, NASA announced the selection of the first Earth Venture Continuity mission in response to the 2017 National Academies’ Earth Science Decadal Survey. The new mission will feature a space-based instrument, named Libera, which will help researchers continue to maintain the 40-year data record of the radiation budget at the top of the Earth’s atmosphere. Climate & Space Prof. Xianglei Huang is one of the co-investigators on the mission team.

NASA has described Libera as “…an innovative and cost-effective approach” to managing the record, which plays a critical role in our planet’s climate. Specifically, the data record tracks the balance between radiation entering the upper atmosphere, and the amount absorbed, reflected, and emitted. If Earth absorbs more heat than it emits, it warms up; if it emits more than it absorbs, it cools down.

“Our mission proposal emphasized the new technology in the spirit of Earth Venture mission category defined in the Decadal Survey,” said Prof. Huang. “I think this definitely contributes to a positive outcome.”

In his role as a co-Investigator, Prof. Huang will primarily be responsible for the longwave radiation component of the Libera measurements. Unlike the CERES (Clouds and the Earth’s Radiant Energy System) mission (which currently makes the radiation balance measurements), there will be two longwave channels on Libera. In addition to routine broadband measurements, a split-channel approach will be used to provide new insights about the longwave radiation budget, cloud feedbacks, and their relations with underlying climate variables.

In addition to Libera, Prof. Huang is also a co-investigator on the NASA PREFIRE mission, which is slated for launch in 2022, and will provide the first-ever far-infrared (FIR) spectral measurement of Earth’s climate system from space. He is also a co-investigator on the ESA (European Space Agency) FORUM mission, another mission aimed at measuring far-infrared radiation with an unprecedented spectral resolution. FORUM is scheduled to launch in 2025.

Libera is named after the daughter of Ceres, the Roman goddess of agriculture. The name acknowledges the relationship between this new mission, and the current CERES instruments whose work Libera will continue.

Libera will fly on NOAA’s operational Joint Polar Satellite System-3 (JPSS-3) satellite, which is scheduled to launch by December 2027. The mission is expected to be active though 2033.

Further information about the Libera mission can be found here: https://www.nasa.gov/press-release/nasa-selects-new-instrument-to-continue-key-climate-record