Parker Solar Probe: ‘We’re missing something fundamental about the sun’

Our closest-ever look inside the sun’s corona has unveiled an unexpectedly chaotic world that includes rogue plasma waves, flipping magnetic fields and distant solar winds under the thrall of the sun’s rotation, according to University of Michigan researchers who play key roles in NASA’s Parker Solar Probe mission.

The U-M findings, part of the first wave of results from the spacecraft that launched in August 2018, provide important insights into two fundamental questions the mission was designed to answer: Why does the sun’s corona get hotter as you move further away from the surface? And what accelerates the solar wind—an outward stream of protons, electrons and other particles emanating from the corona.

Both questions have ramifications for how we predict, detect and prepare for solar storms and coronal mass ejections that can have dramatic impacts on Earth’s power grid and on astronauts.

“Even with just these first orbits, we’ve been shocked by how different the corona is when observed up close,” said Justin Kasper, a professor of climate and space sciences and engineering at U-M who serves as principal investigator for Parker’s Solar Wind Electrons Alphas and Protons (SWEAP) instrument suite.

“These observations will fundamentally change our understanding of the sun and the solar wind and our ability to forecast space weather events.”

These observations will fundamentally change our understanding of the sun and the solar wind and our ability to forecast space weather events.Justin Kasper, professor of climate and space sciences and engineering 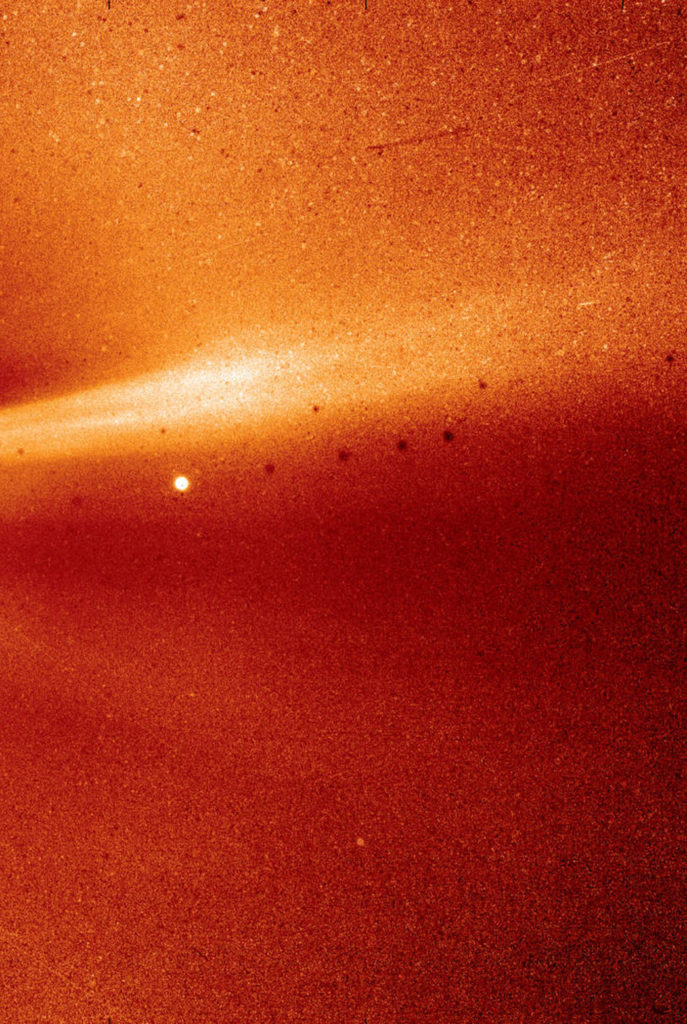 Findings from data collected during the spacecraft’s first two encounters with the sun were published today in four papers in Nature. Kasper led one of the studies and is co-author of two others.

The spacecraft revealed that the sun’s rotation impacts the solar wind much farther away than previously thought. Researchers knew that close in, the sun’s magnetic field pulls the wind in the same direction as the star’s rotation. Farther from the sun, at the distance the spacecraft measured in these early encounters, they had expected to see, at most, a weak signature of that rotation.

“To our great surprise, as we neared the sun, we’ve already detected large rotational flows—10 to 20 times greater than what standard models of the sun predict,“ Kasper said. “So we are missing something fundamental about the sun, and how the solar wind escapes.

“This has huge implications. Space weather forecasting will need to account for these flows if we are going to be able to predict whether a coronal mass ejection will strike Earth, or astronauts heading to the moon or Mars,” Kasper said.

Parker Solar Probe’s findings regarding the sun’s magnetic field—which is believed to play a role in the coronal heating mystery—were equally surprising. From Earth’s vantage point, magnetic oscillations called “Alfvén waves” were detected in the solar wind long ago. Some researchers thought they may be remnants of whatever mechanism causes the heating phenomenon.

Parker researchers were on the lookout for indications that might be the case, but found something unexpected.

“When you get closer to the sun, you start seeing these ‘rogue’ Alfvén waves that have four times the energy than the regular waves around them,” Kasper said. “They feature 300,000 mph velocity spikes that are so strong, they actually flip the direction of the magnetic field.”

Those polarity-reversing velocity spikes offer another potential candidate for what may cause the corona to get hotter moving away from the sun.

“All of this new information from Parker Solar Probe will cause a fundamental rethinking of how the magnetic field of the Sun behaves and is coupled to the acceleration of the solar wind,” said Lennard Fisk, the Thomas M. Donahue Distinguished University Professor of Climate and Space Sciences and Engineering.

Kasper is first author of a paper titled “Alfvénic velocity spikes and rotational flows in the near-Sun solar wind.“