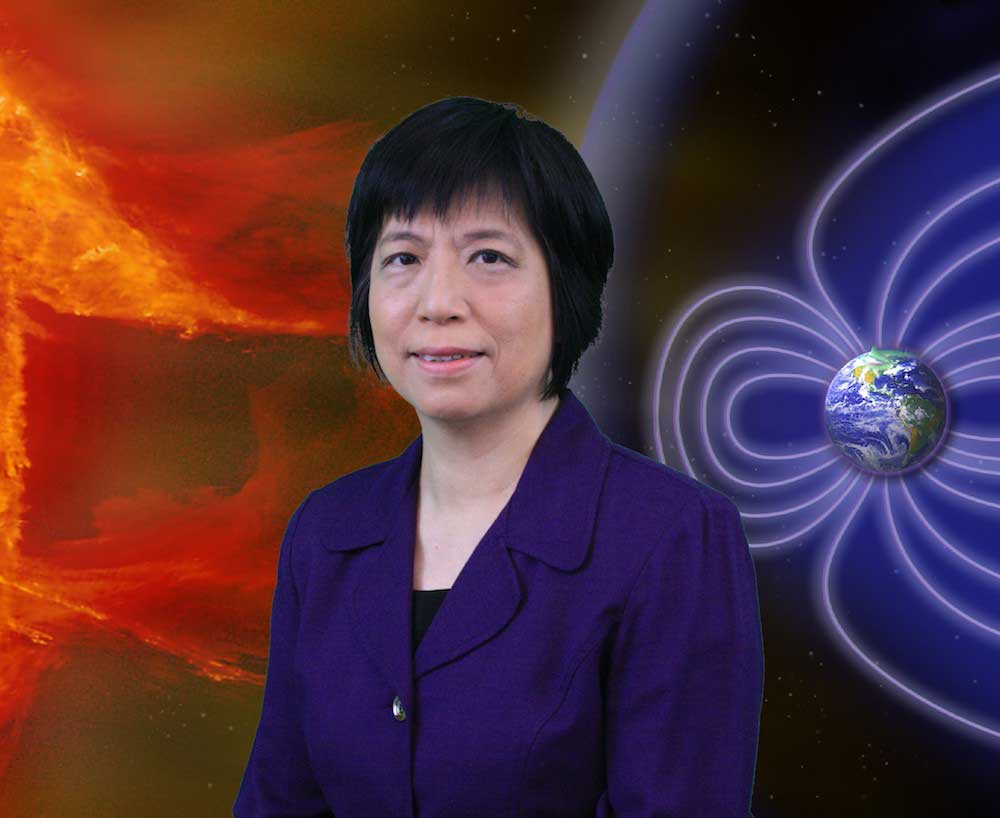 Each year, the Climate & Space department selects a former student to receive our Alumni of the Year Merit Award and give the accompanying lecture. This year, we are very pleased to welcome back Dr. Mei-Ching Fok of NASA Goddard Space Flight Center. Dr. Fok will give a presentation titled “From RAM to CIMI,” followed by a reception in the lounge outside the auditorium. The event will take place on Thursday, Oct. 3, at 3:30 p.m.

Dr. Fok received her PhD in Atmospheric and Space Sciences from CLASP (then called AOSS) in 1993. Afterward, she joined the NASA Marshall Space Flight Center as a Research Associate. She moved to the Universities Space Research Association in 1995, where she spent six years as a staff scientist. In 2001 she stepped into her current role as Planetary Scientist at the NASA Goddard Space Flight Center. She studies the Van Allen radiation belts during geomagnetic storms and active times. She has studied the ring current and their role in magnetosphere – ionosphere coupling.

In 2011, Dr. Fok was awarded the NASA Exceptional Scientific Achievement Medal for her work on the development of the Comprehensive Inner Magnetosphere-Ionosphere Model (CIMI). Alongside creating the CIMI model, Fok works on Neutral Atom Imaging, and her modelling tools were used in both the IMAGE and TWINS missions.

Earlier this summer, Dr. Fok was elected a Fellow of the American Geophysical Union.